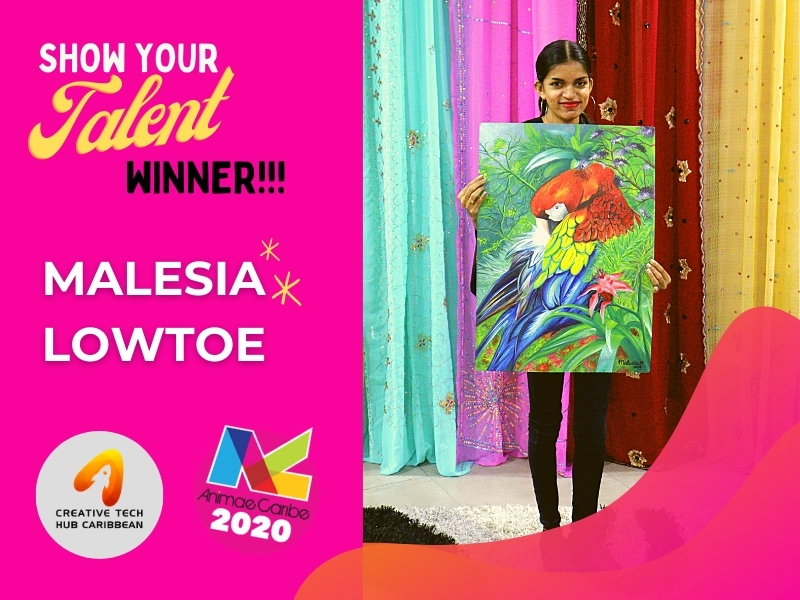 Malesia Lowtoe is the winner of the “Show Your Talent Competition” in Suriname. The competition for (digital) creatives is organized by Creative Tech Hub Caribbean and Animae Caribe. The competition is a way to find and bring together (digital) artists, especially illustrators and animators, for international productions in the animation and gaming industry. These industries have been outsourcing parts of their productions to companies in the Caribbean for a while and Creative Tech Hub Caribbean has been training Surinamese talents for this international market since 2015.

Creative Tech Hub Caribbean is a cluster of companies with the aim of developing the ICT and Creative Industry into one of the economic pillars of Suriname. This creates sustainable development and employment in a globally growing sector.
Animae Caribe is the organizer of the festival of the same name where every year “digital artists” from the Caribbean come together to show or sell their skills. The fair is of course also visited by film and game producers, mostly from America, talent scouts and providers of relevant ICT products. Animation and everything related to it is “in high demand” with the producers of movies and games. Traditionally, this part of the production was outsourced to companies from Europe and Asia. But in the meantime they have set up their own industry. The industry is expanding and the demand for talent is increasing.

“There is plenty of talent out there,” notes Anuskha Sonai of Creative Tech Hub Caribbean. “The problem is that you can’t easily find these people. That’s why we organized this competition too; to encourage people to show their creative side. We’ve had 85 entries. ” Sonai announces that the next competition will be more targeted and short animations can be submitted. This competition was quite open. There are already (digital) creatives active, but the lack of the right ecosystem to flourish is a major problem, Sonai indicates. The result is that the Surinamese talent goes abroad where the environment is better organized. This is a common problem in the Caribbean.

One of the reasons the creative industry is looking at the Caribbean, is because talents from the region are already active in top Hollywood productions. Also from Suriname. Creative Tech Hub Caribbean and similar organizations in the other Caribbean countries, want to bring together and train the talents to meet the standards of the ever-growing creative industry. Suriname has partnered with Trinidad and Guyana to provide 30 talents for a production of Pixar, one of America’s largest film and animation companies. There are already 18.

Malesa Lowtoe is surprised with the result. Her painting “Beauty of the Amazon” was voted the best entry by four judges. “So at school I was always the best at drawing. I have now completed Nola Hatterman Institute. And now I’m winning something for the first time… I’ve never won anything, ”laughs the 24 year old artist. Lowtoe notes that being an artist in Suriname is “a big challenge”. She now also wants to delve into the digital arts, especially animation. “I am open to new challenges. Who knows, maybe I can also do something with it later. ” 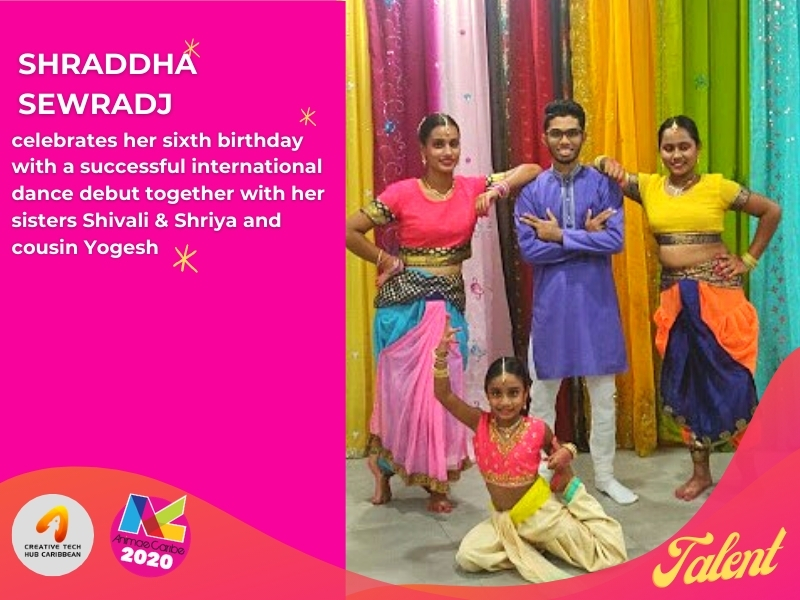